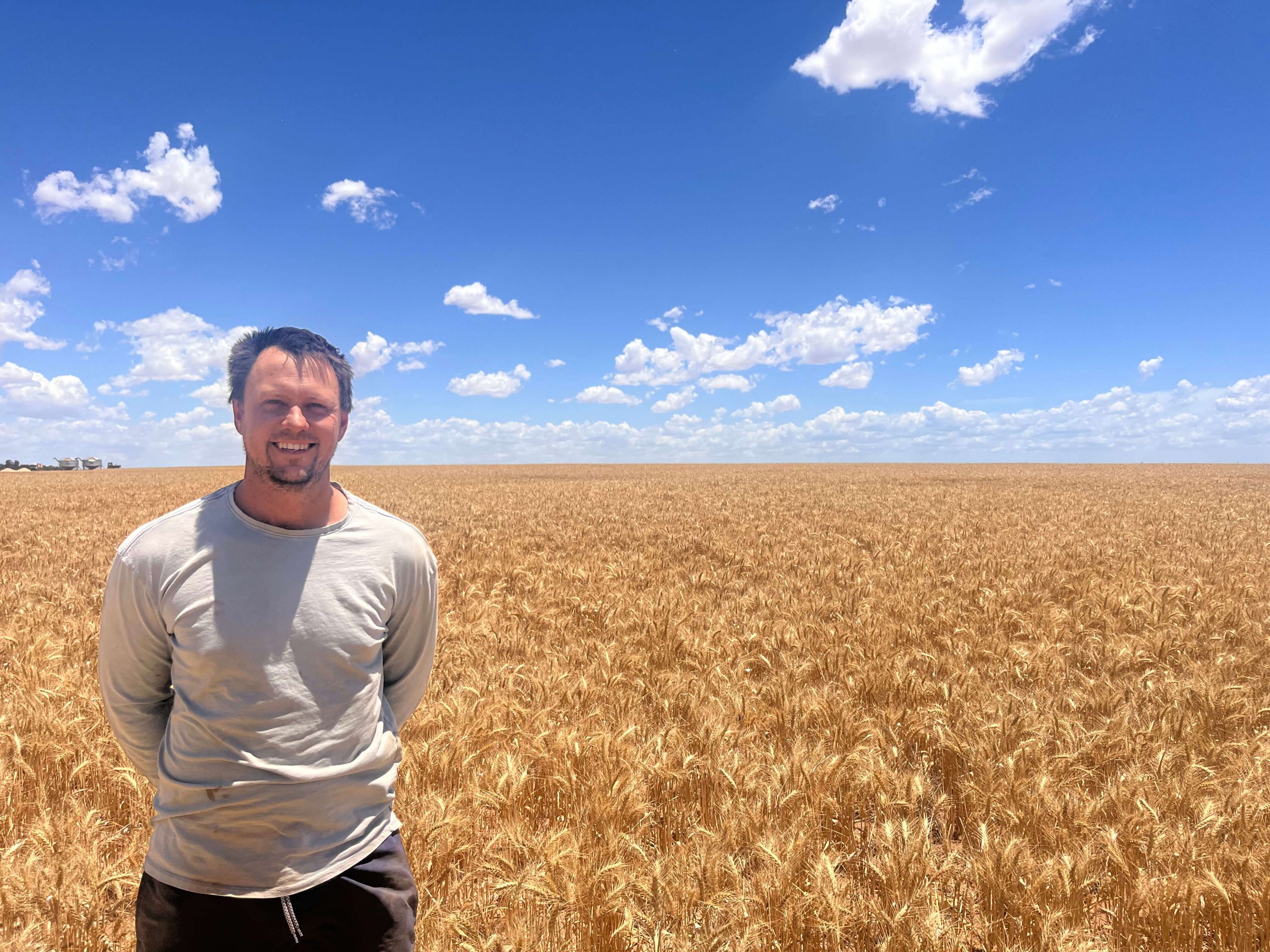 Dylan Hirsch, of Latham, in the mid-west of WA, said Overwatch® herbicide provided long residual to control ryegrass across the season.
The lengthy residual ryegrass control of Overwatch® Herbicide makes it ideal for barley on the Hirsch enterprise, at Latham and Bunjil, in the mid-west region of Western Australia.

Dylan Hirsch said their 6,000 hectares of cropping land is located between the low and medium rainfall zones and each year they farm wheat, barley, canola and lupins.

“Wheat has been our backbone, but we also grow the other crops. We now have about 40 per cent wheat, 35 per cent canola, 15 per cent barley and 10 per cent lupins. The paddocks do not really have a break crop option, so chemistry is used as the main control option for ryegrass.”

“Rotations between the four crops depend on soil types and weed burdens,” he said.  “In some of our saltier country we can grow barley three years in a row.
This is where we got onto Overwatch® because it was a different mode of action to trifluralin in the barley phase.”

Trifluralin has been the benchmark product for the past 25 years but is showing signs of ryegrass resistance in areas of his properties.

“About two thirds of the barley now has Overwatch®, targeting paddocks we think have the most ryegrass. If there is a weedy paddock, we look to drive it down fast.”.

In 2019 an Overwatch® Herbicide trial on one of the properties performed well.

“We were happy with it in 2019 and then again last year and this year,” Mr Hirsch said. “In our area, a pre-emergent with a long residual is king.”

He said ryegrass was their major weed and they could get several germinations across the season.

“Often, we don’t get the full canopy in the crop, so the ryegrass continues to come through. We see Overwatch® working, with the ryegrass turning pink before dying.”

Mr Hirsch said a key to the success of Overwatch® Herbicide on their enterprise was that it didn’t prune the roots of the crop.

He said other weeds of concern were wild radish and capeweed, with Overwatch® Herbicide having a level of suppression on both.

“We were not looking for Overwatch® to do too much on these weeds, but it is doing a job.”

Cereal seed is sown at around 3 cm deep to provide some protection from the different pre-emergent herbicides we use, and it has worked well.

“We are very happy with the safety of Overwatch® Herbicide in barley,” Mr Hirsch said.

“There was also some spray drift from the barley onto adjacent lupin crops when spray conditions weren’t ideal. Some lupins showed signs of bleaching but recovered quickly.”

The large cropping program each year starts with canola and lupins first and then barley planted towards the end of April and then into May, with wheat sown after that.
FMC and Overwatch® are registered trademarks of FMC Corporation or an affiliate. ©2022 FMC Corporation. All rights reserved 12/22.